By 1914, there were more automobiles on the road than ever, and they were still sharing the streets with streetcars, horse carriages, merchant carts, and more. There was a need for regulations to make sure traffic moved smoothly and that accidents would decrease. At the time, traffic was controlled by the police. But traffic lights were about to come along and make road navigation easier, safer, and more efficient.

On August 5, 1914, what is considered to be the first electric traffic light was installed in Cleveland, Ohio, at the corner of East 105th Street and Euclid Avenue. It had four pairs of red and green lights, one for each side of the intersection, and a warning buzzer that indicated when the light was about to change. It had to be operated manually by someone in a nearby booth. It was based on a design by James Hoge. He had previously applied for a patent for a "Municipal Traffic Control System," and his patent—#1,251,666—was approved in 1918. The Cleveland Automobile Club thought that their new traffic light might revolutionize the handling of traffic in crowded cities.

There were other early traffic signals and traffic lights, both before and after Cleveland's and James Hoge's lights. In 1868, a gas-lit and manually-operated traffic sign was installed in London. It had two arms: one said "stop" and the other said "caution." Tragically, less than a month after its installation, it exploded and the policeman who was operating it was injured.

In 1910, the first automated traffic control system was created. It didn't light up, but it did display "stop" and "proceed." In Salt Lake City in 1912, a traffic light of red and green lights was installed in a wooden box on a pole. William Potts, a police officer from Detroit, Michigan, invented the three-color traffic light to be used at four-way stops in 1920. In 1923, Garrett Morgan invented a traffic signal with a T-shaped design; he patented it and later sold it to General Electric. Traffic lights have continued to improve over time. Lights first had to be changed manually, then they could change automatically, and then in the 1950s computers began being used to control them. Computers allowed detection plates to be installed as well, which could sense when cars were present. Traffic lights also expanded beyond the basic red, yellow, and green lights, and began including other lights such as turn arrows, and walk and don't walk lights.

Traffic lights control the flow of traffic and are placed at locations such as road intersections and pedestrian crossings. They go by many other names, which are sometimes dependent on where in the world they are. Some common names include traffic signals, traffic lamps, and signal lights. They are made of lamps or LEDs, and their standard colors are red, yellow (amber), and green. A solid red light means that a driver should not proceed, while a flashing red light is to be treated like a stop sign. A yellow light indicates that a red light will soon appear. In some areas, it may require a driver to stop if they can, but in other areas, drivers may be allowed to pass through it if it is safe. If a yellow light is flashing, it means it is a warning signal. A green light means that a driver may proceed if it is safe and if there is room on the other side of the intersection.

Traffic lights may be set to flash at times when traffic is sparse, such as late at night. Sometimes a flashing yellow is set to a main road, while a flashing red is set to the side road. Sometimes there is flashing red in all directions, which is treated as a four-way stop. Whether lights are green, yellow, or red, or whether they are solid or flashing, we celebrate them today, on the anniversary of when the first electric traffic light was installed.

Today is for stopping and thinking about the importance of traffic lights in road safety. The best way to celebrate the day is probably to use as many traffic lights as possible when driving. If you are up for a long drive, you could drive to the intersection in Cleveland where the first electric traffic light was installed. You could also drive to Ohio's Small Town Museum, where what is believed to be the world's oldest traffic light is kept. 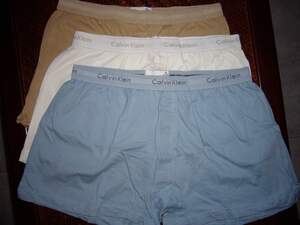