Basketball is one of the most popular team sports in the world and we celebrate it today, on the anniversary of the birth of James Naismith, its creator. Naismith was born in 1861 in Almonte, Ontario, Canada. After leaving a position as the athletics director at McGill University in Montreal, Naismith came to the United States—a country where he would eventually gain citizenship—to the YMCA International Training School in Springfield, Massachusetts, to teach physical education. His superior asked him to come up with an indoor sport that could be played during winter, which would be fair and not too rough. In December 1891, Naismith came up with "basket ball."

Naismith nailed peach baskets to the balcony at each end of the YMCA's gymnasium, at the height of ten feet. He divided his students into two teams and told them to try to toss the ball into the baskets. During the first game, nine players were on each team, and they played with a soccer ball. Naismith came up with thirteen basic rules for basketball, which became the game's first rulebook. On January 15, 1892, it was published in Triangle, the International Training School's paper.

Naismith went on to establish the University of Kansas' basketball program, and in 1937, helped create the National Association of Intercollegiate Basketball, which later would become known as the National Association of Intercollegiate Athletics (NAIA). Ironically, he also invented the first football helmet. Naismith died on November 28, 1939, at the age of 78, in Lawrence, Kansas. His book Basketball: Its Origin and Development was published posthumously. The Naismith Memorial Basketball Hall of Fame was established in Springfield, Massachusetts, in 1959, with Naismith as its first inductee.

It didn't take long for basketball to take hold following its 1891 introduction. The first public basketball match was held in 1892, and the game spread to YMCAs around the world after the organization began promoting it internationally in 1893. The first basketball hit the market in 1894, which was larger than a soccer ball, which had been the "basketball" of choice up to that point. The first intercollegiate men's match was held in 1895, between the Minnesota School of Agriculture and Hamline College; the first women's match took place the following year, between Stanford and Berkeley. The first professional league, the National Basketball League, formed in 1898. Basketball was a demonstration sport at the 1904 Summer Olympics in St. Louis, Missouri, and became an official sport for men at the 1936 Summer Olympics in Berlin, Germany. It became an Olympic sport for women in 1976.

Basketball rules changed often in the early years. For example, a basket was originally worth three points, but in the mid-1890s it was changed to two points, and a free throw went from three points to one point. The three-point field goal was added many years later. The pace of the game sped up over the years and the number of points that each game averaged increased. The number of players that were on a court at a time also changed. The first basketball game ever had nine players on each team, but this number was in flux for the first decade of the game's existence. In 1900, the number was set to five players for each team, which remains today. There are two guards, two forwards, and a center.

In 1905, nets replaced peach baskets, but the name of the game remained as "basketball." Soon after that, nets began being made with openings. With the baskets and early nets, the ball had to be retrieved after each score. Balls were first retrieved with a ladder, then with a pole, and then with a chain that was situated on the bottom of the net. The earliest backboards were screens. These were followed by wooden backboards, and then by glass ones. Courts were irregularly shaped in the early years. Today a standard court is shaped as a rectangle, fifty feet by ninety-four feet. High school courts are often a bit smaller. There were at least five sets of basketball rules by 1913: collegiate, two different professional rules, rules used by the state militia groups, and the YMCA–Amateur Athletic Union rules.

The importance and popularity of basketball in the United States and around the world began growing in the decades following World War II. In 1949, the National Basketball League (NBA) was formed with the merger of the Basketball Association of America and the National Basketball League. The popularity of the game expanded with the rise of television, especially with the help of cable television in the 1980s. Interest in the sport was further elevated by the many stars in the NBA at the time, such as Michael Jordan, Larry Bird, Earvin "Magic" Johnson, and Julius Erving, and basketball joined baseball and football at the forefront of American sports. The NBA regularly has an 82 game season that usually starts in October. Sixteen teams compete in the playoffs, which start in late April. Best-of-seven games are held, and the season ends in June. In 1997, the Women's National Basketball League (WNBA) held its first season, giving women a league similar to the NBA.

Not only did professional basketball become more popular following World War II, but so did basketball at the high school and college level, women's basketball, and international basketball. The NCAA tournament, which had started in 1939, eclipsed the National Invitation Tournament in the 1950s and began being broadcast on television in 1963. Today the Women's NCAA tournament takes place at the same time as the men's. Not only is basketball played competitively as a winter sport, but it is also played informally at all times of the year, on playgrounds, in athletic halls and schoolyards, in driveways, and at summer camps. When played informally, any number of players can join in, and games are often played one-on-one. Basketball has had such a far-reaching impact on culture and athletics, and today we celebrate it, on the anniversary of the birth of the man who got the ball bouncing.

How to Observe Basketball Day

There are numerous ways you could celebrate the day: 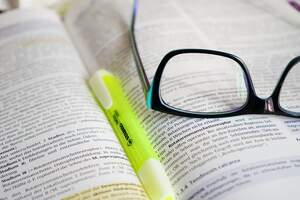 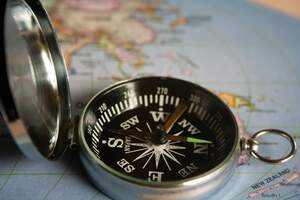 Marooned Without a Compass Day 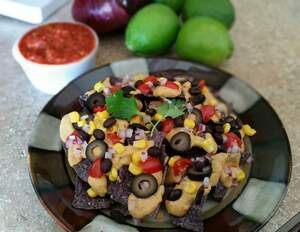