Ian MacKaye, musician and member of the Teen Idles, Minor Threat, and Fugazi, once said that when it came to rebellion, "the only option made readily available was self-destruction. So in schools or any arena, the kids who were the rebellious ones were the ones who were hurting themselves. And that just seemed counterproductive to me. If you wanted to rebel against society, don't dull the blade." His type of rebellion—of which he is seen as a founder of, is credited with naming, and of which he became an unwitting ambassador—eschews alcohol, tobacco, and recreational drugs, and is known as straight edge. Each year on October 17, Edge Day—which is also known as National Edge Day—celebrates the straight edge lifestyle.

The inaugural Edge Day took place on October 17, 1999, when Edge Fest was held at the Karma nightclub in Boston, Massachusetts. Five straight edge bands played the fest: Ten Yard Fight played their final show, and the bill also included Bane, In My Eyes, Watch the Sky, and Floorpunch. Since the first Edge Day, it remains most prominently observed in Boston, where an event is organized each year. The day has grown to include events in cities all over the United States and around the world. Events in the United States have been held in cities such as Atlanta, Georgia; Santa Ana, California; Richmond, Virginia; and New York City, New York; while events around the globe have been held in cities such as Gothenburg, Sweden; London, England; and Kuala Lumpur, Malaysia. An important part of the day has continued to be the playing of shows by straight edge bands, most of whom play hardcore. If October 17 isn't a weekend, the shows often take place on the Saturday after or before it.

There are different types or levels of straight edge. In most cases, adherents abstain from alcohol, tobacco, and recreational drugs, and some also abstain from caffeine, prescription drugs, and promiscuous sex. Some are also vegans or vegetarians, are anti-fascists, or focus on environmental issues. Since its start, straight edge has been closely connected to hardcore, a fast and aggressive form of punk with relatively short songs and shouted vocals.

Born out of the hardcore punk scene of the early 1980s, the straight edge hardcore scene started as a reaction to the excesses of the punk scene, where drug and alcohol use are often prevalent. It was a form of rebellion against rebellion; a counterculture to the counterculture. It tied common punk views of individualism, DIY, anti-authority, and left-wing politics to conservative politics—or, at least, tied the punk views to a conservative form of discipline that mirrored the "Just Say No" movement of the time.

The term "straight edge" comes from the 1981 Minor Threat song "Straight Edge." At 46 seconds in length, the song announces the band has better things to do than use drugs as a crutch and proclaims that they instead "got straight edge":

The movement began in Washington, D.C., and then spread to the rest of the United States and Canada. Early straight edge bands included Teen Idles, Minor Threat, State of Alert, 7 Seconds, The Faith, DYS, SSD, Justice League, America's Hardcore, and Stalag 13. They played mainly at all-ages venues where admission prices were kept low. The youth crew era of straight edge took hold in the mid-1980s, with bands such as Youth of Today and Gorilla Biscuits at the forefront. There was a movement towards vegetarianism and veganism at this time. By the early 1990s, straight edge was well-known within the punk scene and began spreading beyond the continent. This was due in part to the relentless touring of the bands, and because of the easiness of buying records from American labels by mail. At this time, some punk and straight edge shows were still often held together, but they began splitting as well.

How to Observe Edge Day

Celebrate the day by checking to see if there are any Edge Day events happening near you that you could attend. If not held on today's date, they often are held on a nearby Saturday and are almost always hardcore punk shows. If you don't wish to or are not able to attend a show, listen to some straight edge hardcore punk. A good place to start is with Minor Threat, and there is no better song to check out by them than "Straight Edge." The first Edge Day event was held at the last Ten Yard Fight show, so they may be another good band to listen to today. There are countless other straight edge bands you could listen to. 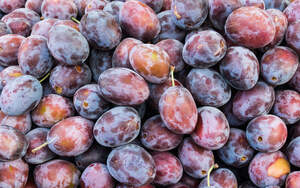 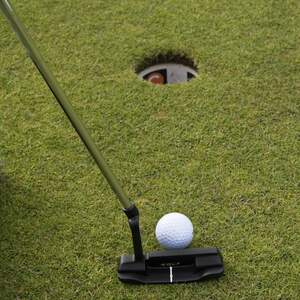 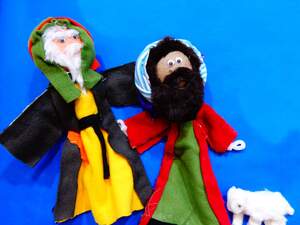