National Cocoa Day celebrates hot cocoa. The day fittingly takes place in December, as the drink is often associated with cold weather. Although the names "hot chocolate" and "hot cocoa" are often used interchangeably, there technically is a difference between the two. This difference is not legal, however, and the two are often mislabeled at stores, most often with hot cocoa being labeled as hot chocolate. The difference lies in that hot chocolate contains cocoa butter, and hot cocoa does not. Hot cocoa uses cocoa powder that is made by removing cocoa butter from ground cocoa beans. Hot chocolate is made from bar chocolate, which has cocoa powder, sugar, and cocoa butter in it. These differences give both their distinct flavor and texture. Hot cocoa is thinner and more chocolatey, but is less rich. The richness in hot chocolate comes from the higher fat content, which comes from the cocoa butter.

The first chocolate beverage is thought to have been created by the Mayans around 500 BCE, although some believe chocolate drinks predate them. The Mayans ground cocoa seeds into a paste and mixed it with ingredients such as water, chili peppers, and cornmeal; this was drank cold. By 1,400 CE, a cocoa beverage called xocōlātl was important to the Aztecs. It was seen as having an acquired taste, because sugar had not yet been introduced to the Americas. Nonetheless, in the following century, the recently arrived Spaniards began drinking it. It was also served cold and was flavored with vanilla and spices. Xocōlātl became popular in Europe after being introduced there; Hernán Cortés brought cocoa beans and chocolate drink making equipment back with him to Spain in 1528. In Europe it became an expensive drink of the upper class, as cocoa beans still only grew in the Americas.

It's not exactly known when cocoa first began being served hot, but there is a reference to it first being done so by at least the late sixteenth century. In 1828, the first cocoa powder producing machine was made. It separated cocoa butter from cocoa seeds, leaving purer chocolate powder behind. This made the powder easier to stir into milk and water, giving it a consistency similar to the instant cocoa powder of today. It was also at this time that the discovery of solid chocolate was made, when low amounts of cocoa powder was mixed with cocoa butter. This led to the creation of hot chocolate.

Today, hot cocoa is made with hot milk or water, and cocoa powder, which is sweetened with sugar, or left unsweetened. Instant hot cocoa powder often contains powdered milk, sugar, and cocoa, which is mixed with water. When not the instant kind, hot cocoa can be made by mixing cocoa powder, sugar, and cream, at the bottom of a cup to make a paste, and then hot water is added to give it a smooth consistency. Hot cocoa is often topped with marshmallows, whipped cream, or a piece of chocolate.

Hot cocoa has numerous health benefits. Cocoa contains many antioxidants, which fight cancer and heart disease. It also has flavonoids which are healthy for blood vessels, protecting them from free radical damage. Cocoa may also help with digestion. Centuries ago hot cocoa was used as a medicine, for things such as fever and liver disease. However, some hot cocoa recipes have a lot of sugar, which can negate its health benefits.

How to Observe National Cocoa Day

Celebrate the day by making some homemade hot cocoa. If need be, you could use instant packets to make it. Top your hot cocoa with marshmallows, whipped cream, or anything else you would like. You could also spend the day educating others on the difference between hot cocoa and hot chocolate. 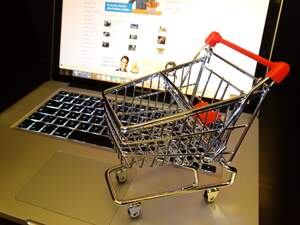 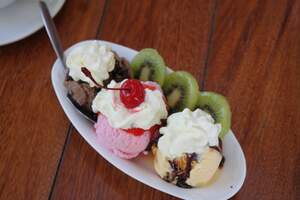 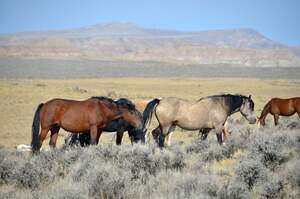 National Day of the Horse