Observed on the weekday (read: school day) closest to March 2, which is Dr. Seuss's birthday, Read Across America Day is a nationwide reading celebration dedicated to motivating children to read. It focuses the nation on the importance of literacy, encourages children to read more books, and aims to get them excited about reading. The day also remembers Dr. Seuss, and celebrates literacy in his honor, and is sometimes known as Dr. Seuss Day. Schools, libraries, bookstores, community centers, and other locations organize book-related events for children and teens. Students, parents, and educators participate in read-ins, character parades, book fairs, and other events. The National Education Association created Read Across America Day. They created a Read Across America initiative in 1997 and held the first Read Across America Day in 1998. The day has since been acknowledged and proclaimed by presidents and has been supported with resolutions by Congress.

Dr. Seuss is best known for writing over 60 children's books, which he filled with rhymes and creatures with fantastical names. He was born Theodor Seuss Geisel on March 2, 1904, in Springfield, Massachusetts. His middle name was his mother's maiden name, which was pronounced as "zoice." Geisel became the editor-in-chief of The Dartmouth Jack-O-Lantern, a college humor magazine, while attending Dartmouth College, but was removed from the staff after getting caught drinking in his dorm with friends, which violated Prohibition law. In order to continue contributing to the magazine, he began writing under the pseudonym of "Seuss." After graduating in 1925, he took classes at Lincoln College in Oxford. It was there he met his future wife, Helen Palmer. They married in 1927 and moved to New York City. It was also in this year that Seuss began going by the name "Dr. Seuss," and started working as a cartoonist.

After 27 rejections, Seuss's first children's book, And To Think That I Saw It On Mulberry Street, was published in 1937. It was based on his memories of growing up in Springfield. During World War II, Seuss helped out the war effort by drawing propaganda posters and making animated training films. In 1948, the Geisels moved to La Jolla, California. It was here where Seuss would spend the rest of his life.

Seuss continued to write children's books. In 1954, he published Horton Hears a Who!, a comedic book that taught kindness and perseverance. William Spaulding of Houghton Mifflin's education division challenged Seuss to write him a book with a small number of words that first graders wouldn't be able to put down. In response, Seuss wrote The Cat in the Hat with just 236 words; it was published in 1957 to great acclaim. Following its success, Beginner Books was organized by Seuss, his wife, and Phyllis Cerf, the wife of his publisher. A division of Random House, it set out to publish books that would help children learn to read. The Beginner Books series launched in 1958 with the publication of The Cat in the Hat Comes Back.

How the Grinch Stole Christmas! was published in 1957, and became a television cartoon special in 1966, which is now considered to be a Christmas classic. Seuss published One Fish Two Fish Red Fish Blue Fish and Green Eggs and Ham in 1960. Both became Seuss favorites and the latter became his best-selling book. He wrote it after his publisher, Bennett Cerf, bet him he couldn't write a book with 50 or fewer words. Other notable Seuss books of the 1960s include Hop on Pop and Dr. Seuss's ABC in 1963 and Fox in Socks in 1965.

After the death of his wife, Helen, Seuss married Audrey Dimond in 1968. Together they took many trips abroad and became involved in philanthropy. In 1971, Seuss published The Lorax, which addressed the need to take care of the environment and is remembered for the quote, "Unless someone like you cares a whole awful lot, nothing is going to get better. It's not."

Seuss won the Pulitzer Prize in 1984 "for his special contribution over nearly half a century to the education and enjoyment of America's children and their parents." During his lifetime, three of his books were given Caldecott Honors, and he received seven honorary doctorate degrees. His final book before passing away was Oh, the Places You'll Go! He died on September 24, 1991. Following his death, Seuss was given a star on the Hollywood Walk of Fame, posthumous books have been released, numerous musicals and films based on his books have been produced, and he has been honored with a holiday: Read Across America Day.

How to Observe Read Across America Day

Celebrate the day by reading! If you have children, read with them or to them, or encourage them to read on their own. You could suggest they read—or read to them—one of Dr. Seuss's books or one of the best children's books or young-adult books of all time. If you are a teacher, you could use a classroom activity guide to help you celebrate Dr. Seuss's birthday in your classroom, or you could organize a character parade using characters from Dr. Seuss's books. No matter if you are a parent, child, or teacher, you can check for Read Across America Day events taking place at libraries, bookstores, and community centers near you. Some other ways you could celebrate Dr. Seuss include: 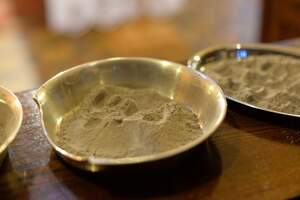 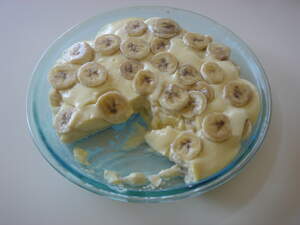 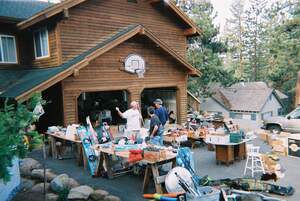