Mothers are honored and celebrated each year on Mother's Day. The idea for such a day goes back millennia, to when ancient festivals honored mothers. The Phrygians had a festival for Cybele, the mother of the gods; the Greeks had a festival for Rhea, their mother of the gods; and the Romans also had a similar festival. A more modern precedent for the holiday stems from Laetare Sunday, on which those who had moved away from home would visit their mothers and home churches during the Middle Ages. In Britain this became Mothering Sunday, a time when children gave flowers and tokens of appreciation to their mothers. Mothering Sunday, as it once was, has now largely faded away, and in the 1930s and 1940s its celebration merged with the American Mother's Day.

Although Anna Jarvis is credited with creating the day in 1908, others influenced its creation or created their own versions of the holiday prior to Jarvis. In 1870, Julia Ward Howe wrote the "Mother's Day Proclamation," calling for women to come together for world peace. With Howe's backing, Mother's Day was celebrated in Boston for about a decade. It was known as "Mother's Peace Day" and was celebrated each June 2. Juliet Calhoun Blakely, a temperance activist, started a Mother's Day celebration in Albion, Michigan, in the 1870s. Afterward, her sons paid tribute to her and encouraged others to honor their mothers as well. Mary Towles Sasseen and Frank Hering also worked on organizing a Mother's Day in the late nineteenth and early twentieth century.

Anna Jarvis of Philadelphia created the official Mother's Day. Before the Civil War, her mother Ann Reeves Jarvis had organized "Mother's Day Work Clubs," which promoted health, cleanliness, and friendship, and taught mothers how to care for children. In 1868, Ann organized "Mothers' Friendship Day," where mothers met with former Union and Confederate soldiers in an effort to promote reconciliation. Ann died in 1905, and her daughter Anna held a private memorial service at her mother's church in on May 12, 1907. She decided to create Mother's Day to honor the sacrifices that mothers had made for their children.

Jarvis worked to have it more widely celebrated. She hoped to have it added to the national calendar, as she thought most holidays of the time were focused on male achievements. She was supported financially in her efforts by John Wanamaker, a clothing merchant from Philadelphia. In 1908, she helped organize a service at Andrew's Methodist Episcopal Church in Grafton, West Virginia. This was the days' first official celebration and was attended by 407 children and their mothers. The church is now the International Mother's Day Shrine and is a National Historic Landmark. Thousands also attended a Mother's Day event at one of Wanamaker's Philadelphia stores on the day.

By 1912, many states, towns, and churches had adopted the day, and Jarvis created the Mother's Day International Association. She started a letter-writing campaign to newspapers and politicians, in an effort to make it a national holiday. Finally, in 1914, Woodrow Wilson signed a proclamation making it a national holiday to be held on the second Sunday of May.

Jarvis wanted the day to be celebrated by wearing a white carnation in tribute to mothers, and the day was also to be celebrated by the visiting of mothers and possibly by the attendance of church services. She wanted it to be a personal day between mothers and their families. The carnation custom turned into the wearing of a red or pink carnation for a living mother, and a white carnation for a deceased mother. Not only were mothers honored on the day, but all those who played the role of a mother came to be honored, including grandmothers, great-grandmothers, foster mothers, stepmothers, and aunts.

After it became an official holiday, the day of honor became commercialized, as florists and card companies capitalized on the day. The day became associated with sending cards; giving gifts, flowers, chocolate, clothing, jewelry, and candy; and the eating of a meal either at home or in a restaurant. Mothers often abstain from doing chores on the day. Efforts are made to visit mothers, or to call them on the phone. At schools, many children make Mother's Day cards or gifts in the weeks leading up to the day.

Jarvis was against the commercialization of the day, and by 1920 became disgusted in what had happened to the holiday she started. She urged people not to buy gifts such as flowers and cards. She filed lawsuits against those who used the name "Mother's Day," and used up much of her money on legal fees. She tried to abolish the holiday during her last years and lobbied the government to get rid of it. She died in 1948.

How to Observe Mother's Day

Celebrate the day by visiting your mother, and bringing her a pink or red carnation. If your mother lives across the country and you can't visit her, call her and wish her a happy Mother's Day. If your mother is no longer living, you could purchase a white carnation in her honor. You could give your mother a card or a gift. Bring her flowers, chocolate, candy, or jewelry. Gather with your mother and family and help prepare a meal, or go out to a restaurant. If your mother is no longer living, or if someone else played a huge mother role in your life, you can honor them today. Perhaps they are your grandmother, foster mother, stepmother, or aunt. You could also celebrate the day by staying true to Jarvis's intent, by visiting your mother but not buying into the commerciality of the day. Perhaps you could take your mother on a trip to the International Mother's Day Shrine. 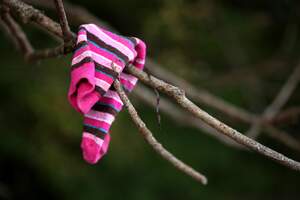 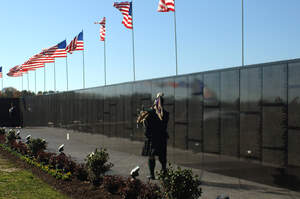 Mothers at the Wall Day