Philadelphia has always been an important city in America. It is one of the top ten biggest cities in the country, and once was the second biggest. It is also home to important historical artifacts and buildings such as the Liberty Bell and Independence Hall, as well as the nation's first zoo, the Philadelphia Zoo, which opened on July 1, 1874. Today we celebrate this zoo, along with other American zoos!

A Zoo—short for a zoological park—is a place that contains animals and exists to entertain, educate, engage in scientific research, and focus on conservation. Early zoos, known as menageries, were private collections of animals held by the wealthy. They existed as early as 2,500 BCE, being found in Egypt and Mesopotamia. They were found soon afterward in ancient China, Greece, and Rome. Aztec Emperor Montezuma II had one of the first collections of animals in the Western Hemisphere.

Modern zoos came about during the age of Enlightenment. One of the focuses of the era was on science, and this extended to zoology. There was an increased interest to study animals, with the goal of better understanding their behavior and anatomy. In order to do this more accurately, animals needed to be observed in more natural habitats. This was a driving force behind the establishment of modern zoos.

One of the first modern zoos, Menagerie du Jardin des Plantes, opened in Paris, France, in 1793. This followed the French Revolution; the menageries of the aristocrats, including those of the king and queen, were used to start the zoo. This early zoo did not have much for natural habitat, though, and was set up more like a museum, having small display areas.

Shortly thereafter in America, in 1804, Thomas Jefferson sent Lewis and Clark on an expedition out West to find and document the animals living there. This demonstrated the new country's interest in animals, but the country was not quite ready for a zoo. When the London Zoo opened to the public in 1847, it influenced some in the United States to start thinking that it was time to open their own zoo.

A physician named William Camac spearheaded the cause for a zoo in Philadelphia. On March 21, 1859, the Pennsylvania State Legislature voted to establish the Philadelphia Zoological Society, and Camac became its president. The Society—the first of its kind in the United States—worked to raise public and private funds to build the zoo. With the start of the Civil War in 1861, the plans were put on hold, as money was not available to devote to the zoo until after the war.

Eventually, the Zoological Society was given 30 acres of land in Fairmount Park on the banks of the Schuylkill River. "The Solitude," a house built by John Penn, the grandson of William Penn—the founder of the province of Pennsylvania—was included on the land. The size of the zoo was later extended to 42 acres. The entryway included a wrought-iron gateway and gatehouses designed by Frank Furness, which are still in use today.

On opening day, 3,000 people visited the zoo and were welcomed by a brass band and flags. Adults were charged 25 cents for admission, while children were charged 10 cents—this was the cost of admission for the next half-century. Yearly memberships were available for 10 dollars, with lifetime memberships being 50 dollars. During its first year of operation, 228,000 people visited the zoo. Today it has 1.2 million visitors each year.

There originally were 616 animals (another account says 813) at the zoo, some of which were on loan from the Smithsonian Institution. The Smithsonian had collected them from Africa and Asia but did not yet have their own zoo in Washington D.C. to house them at. The zoo had 3,000 animals by 1976 but then began downsizing to the 1,300 it now has. Today we celebrate the animals at this zoo, the zoo itself, and those all across America.

How to Observe American Zoo Day

The best way to celebrate the day is to take a trip to the Philadelphia Zoo. If you can't make it to Philadelphia, perhaps you are nearby one of the best zoos in the country. Otherwise, find another nearby zoo to visit! 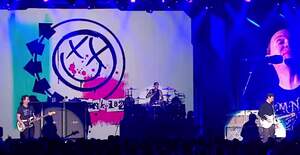 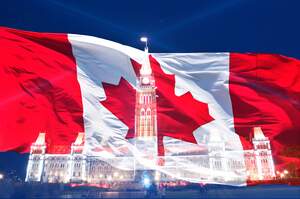 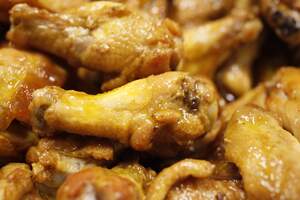