New Beer's Eve is an unofficial holiday celebrated on the night of April 6, the day before the anniversary of when beer began being sold legally again on April 7, 1933. On the first New Beer's Eve, people lined up outside of breweries and taverns and waited until midnight, when they were able to go inside and order a beer.

Prohibition had been in effect from 1920 to 1933. On March 23, 1933, President Franklin Delano Roosevelt signed the Cullen-Harrison Act, which legalized beer of up to 3.2% alcohol by weight, as well as low alcohol content wine. After signing the bill into law, Roosevelt is reported to have said, "I think this would be a good time for a beer." Each state had to pass their own laws allowing beer sales for the Cullen-Harrison Act to apply to them. The law was followed by the repeal of the Eighteenth Amendment on December 5, 1933, when the Twenty-first Amendment went into effect.

How to Observe New Beer's Eve

Celebrate the day by pretending you haven't had a legal beer in thirteen years, and then savor some suds going down! You could have a beer tasting party with friends, and try new beers you've never had. But, the best way to celebrate the day is probably by not drinking at all during the day, and by standing outside of a bar shortly before midnight, before entering and ordering a beer right as the clock strikes twelve. 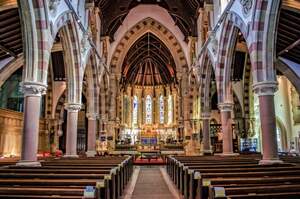