Taking place on the birthday of renowned electric guitarist Jimi Hendrix, National Electric Guitar Day celebrates the electric guitar. Used in a wide variety of genres of music, such as rock, pop, jazz, and blues, electric guitars have one or more pickups that convert string vibrations into electrical signals, which are then sent to an amplifier. The strings can be strummed, plucked, or finger picked, and the tone can be changed with techniques such as string bending, tapping, hammering-on, and slide guitar playing. Additionally, the electric signal can be modified with effects such as distortion and reverb. There are different variations of solid-body and hollow-body electric guitars. Consisting of components such as the neck, bridge, pickups, and frets, electric guitars are most commonly found with six strings, but there are also seven, eight, and twelve-string guitars, among others. Some guitars even have two necks and are called double-neck guitars.

After many people experimented with amplifying string instruments in the early twentieth century, an electric steel lap guitar, the "Frying Pan," was invented by George Beauchamp in 1931. Seen as the first electric guitar, it began being sold in the summer of 1932 by the Ro-Pat-In Corporation. In 1934, the company became the Rickenbacker Electro Stringed Instrument Company. That same year, Beauchamp applied for a patent for the guitar, which he received in 1937. The company produced the Electro-Spanish Ken Roberts in 1935, which is seen as the first full-scale electric guitar. It was designed to be played vertically, with a strap, unlike other guitars of the time. Other early manufacturers of electric guitars include Dobro in 1933; AudioVox, National, and Volu-tone in 1934; and Vega, Gibson, and Epiphone in 1935. The demand for electric guitars came from jazz players who wanted to be able to play single-note guitar solos with big bands—as bands had gotten larger, it had become harder for them to be heard. Early well-known guitar players include T-Bone Walker, Sister Rosetta Tharpe, Les Paul, Lonnie Johnson, and Charlie Christian.

Solid-body electric guitars were developed in the mid-to-late 1930s, and are usually made of hardwood with a polymer finish. Les Paul developed one of the first solid-body electric guitars—the "log guitar" prototype—in 1940. Twelve years later, the Gibson Les Paul was named for him. By 1950, Fender had debuted the Esquire and the Broadcaster. Esquire became the first mass-produced solid-body guitar, and the Broadcaster was renamed the Telecaster and became one of Fender's most famous designs. The Fender Stratocaster was introduced in 1954, becoming Fender's other signature design; it gained popularity in the sixties and seventies on account of its tone and ergonomics. Besides solid-body guitars, there are other styles of electric guitars, including chambered-body guitars; semi-acoustic guitars, with hollow bodies and electronic pickups, which pick up body vibration as well as string vibration; and full hollow-body guitars, which are like acoustic guitars, with large, deep bodies, but they also have pickups.

By the 1950s, the electric guitar had become one of the most widely-used and important instruments in popular music. It became integral to the development of electric blues, rock and roll, rock, heavy metal, and punk rock. In many of these genres, guitars are used to play either lead or rhythm. Rhythm guitar sets the beat and focuses on chords and riffs. Lead guitar focuses on melody lines, instrumental fills, and solos. Larger bands usually have both a rhythm guitar player and a lead guitar player, while the guitar player in bands with only one player usually switches between playing rhythm and lead.

Today's holiday takes place on the birthday of Jimi Hendrix, who is known as being one of the best electric guitar players of all time, on account of his innovative and experimental approach to the instrument. Born Johnny Allen Hendrix in 1942, in Seattle, Washington, his father changed his name to James Marshall when he was young. After his parents divorced, his father gained custody. Jimi became a fan of blues and rock and roll, and with his father's encouragement, he taught himself to play guitar. His father bought him his first acoustic guitar when he was 16, and his first electric guitar, a Supro Ozark, the following year. As Jimi was left-handed, he flipped his guitar upside down to play it.

Jimi's first band was the Rocking Kings. He dropped out of high school in 1959 and focused on music while working odd jobs. He enlisted in the United States Army in 1961 and formed the King Kasuals while training as a paratrooper. He served in the army until 1962, when he was honorably discharged after being injured during a parachute jump. After leaving the army, Jimi became a session musician, going by the name Jimmy James. During this time he backed up artists like the Isley Brothers, Sam Cooke, B.B. King, and Little Richard. He formed his own band in 1965, Jimmy James and the Blue Flames. They primarily played in New York City, around the Greenwich Village neighborhood.

In 1966, Jim Hendrix met Chas Chandler, the bass player for the Animals. Chandler became Hendrix's manager, and Hendrix went to London and formed the Jimi Hendrix Experience, with Mitch Mitchell on drums and Noel Redding on bass. Luminaries of British rock—the Rolling Stones, the Beatles, the Who, and Eric Clapton—became fans of Hendrix. His first single, "Hey Joe," was released in 1967. It was followed by "Purple Haze" and "The Wind Cries Mary," all of which were hits in Britain. Following the release of his first album, Are You Experienced?, he went on tour, where audiences were entranced by his spellbinding performances. He played the Monterey Pop Festival in California in June 1967, where he famously lit his guitar on fire. Less than a year later, he released his second album, Axis: Bold as Love. His third album with the Jimi Hendrix Experience, Electric Ladyland, was released in 1968. It featured a cover of Bob Dylan's "All Along the Watchtower," and ultimately, it became Hendrix's final studio album.

The Jimi Hendrix Experience split up the following year. That same year, Hendrix played at the Woodstock festival. Rain delayed the three-day festival, and Hendrix didn't take the stage until Monday morning. He was the festival's final performer, and his performance from the festival is likely most remembered for including a rendition of "The Star-Spangled Banner." Later in 1969, Hendrix formed the Band of Gypsys with Billy Cox and Buddy Miles.

Hendrix's rising star was cut short the following year, when he died from drug-related complications on September 18, at the age of 27. His popularity has never subsided, and his legacy continues to live on through his music. A member of the Rock and Roll Hall of Fame, Hendrix is often seen as being the greatest electric guitar player of all time, making it fitting that National Electric Guitar Day would take place on his birthday.

Here are some ideas on how to celebrate National Electric Guitar Day: 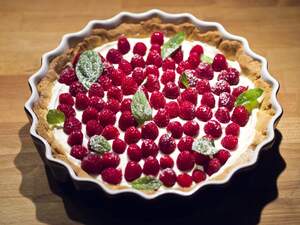 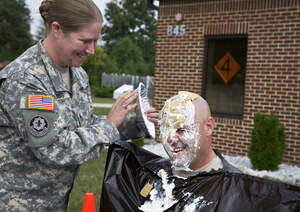 Pie in the Face Day