The largest terrorist attack in American history took place on September 11, 2001, when four planes were hijacked. Two crashed into the World Trade Center, one into the Pentagon, and one into a field in Pennsylvania, after passengers tried to stop the hijackers from using the plane as a weapon. Following this tragedy, the American people displayed a sense of patriotism and pride for their country, and stood united to help their fellow citizens. It was also in the immediate aftermath of the tragedy that President George W. Bush issued a proclamation designating September 14, 2001, as a national day of prayer for those who had lost their lives in the attack. Congress then worked to make September 11 a national day of mourning. A joint resolution was passed by the House of Representatives and the Senate, and signed by President Bush on December 18, 2001. On September 4, 2002, President Bush issued the first proclamation designating September 11 as Patriot Day. Proclamations have been issued in subsequent years, and since 2009, the presidential proclamation has also designated the day as the National Day of Service and Remembrance.

How to Observe Patriot Day

The resolution and proclamations of Patriot Day call for citizens of the United States to observe the day with "appropriate programs and activities", which could include things such as remembrance services and candlelight vigils. Flags should be flown at half-staff at government buildings, in order to honor those who lost their lives, and citizens could also observe the day by displaying a United States flag, which could be flown at half-staff as well. Citizens can also observe the day by pausing for a moment of silence to honor those who lost their lives as a result of the terrorist attack. The most appropriate time for this is at 8:46 Eastern Daylight Time, the moment when the first plane hit the North Tower of the World Trade Center, but the moment of silence could be observed at any other moment during the day when citizens choose. 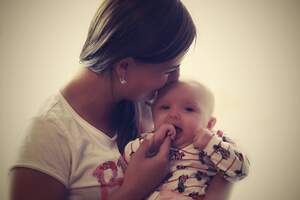 National Day of Service and Remembrance