National Mason Jar Day—created by Misty Campbell-Olbert, the founder of Unboxing the Bizarre—celebrates the jar used for canning and countless other purposes, and takes place on the anniversary of the day John Landis Mason patented it in 1858. It seems that the importance of the patent and its date was known early on, as Mason jars were embossed with that information well into the 20th century.

Prior to the invention of the Mason jar, and even after its invention to some extent, glass jars were often sealed with wax—a type of sealant that was many times faulty. The Mason jar was an improvement because of the airtight function of its screw-on-lid. These lids consist of a metal band or ring, which holds down a tin-plated steel disc. A rubber gasket also helps with the sealing process. After jars are filled with food, they are sterilized in boiling water or by steam, and as they cool, a vacuum is created, sealing the jar. The effectiveness of the Mason jar helped to revolutionize home canning.

After 20 years, Mason's patent expired, and many other companies began producing the jars. The Ball brothers, Hero Fruit Jar Company, and Consolidated Fruit Jar Company all got into the game—but the Ball jar ended up being the most popular brand of the Mason jar with American consumers. Between 1910 and 1915, "bead" jars were introduced. These jars had a "bead" ledge below the lid's threads, which made the sealing of the jars even tighter and more effective. About this time Ball introduced the Ball Perfect Mason jar, which had the bead design, and became one of the most popular Mason jars of the 20th century. Jarden Home Brands now makes Ball jars, as well as another popular Mason jar brand—Kerr. Still another popular brand of Mason jars is Golden Harvest. In 1875, Charles de Quillfeldt invented a new wire-bail closure for jars, which became known as a lightning closure; thus the jars became known as lightning jars. Henry Putnam improved on Quillfeldt's design in 1882 with a patent. These represent a whole other way of sealing Mason jars besides the screw-on-lid method. Although there is no longer a Mason jar brand, the name Mason jar is used generically to describe all types of jars that carry a design similar to the original.

The most important use of the Mason jar has been in the canning and preservation of food. Almost every food and vegetable has been pickled, and jams and salsas have been preserved. Mason jars have been particularly useful for this function in areas where there are short growing seasons and the need for food during the winter. There are many other uses for Mason jars. They can be used as vases for flowers or to hold other things, and can be used as drinking glasses. They also have become collector's items.

Not long after their invention, Mason jars were supplanted by tin cans and plastic containers in commercial packaging but did continue to be used at home. A further decline in the manufacturing of the jars came to be as interest in home canning tapered off in the decades immediately following World War II—at this time more people were also moving to cities, refrigeration improved, and the transportation of vegetables became easier. But, there was some resurgence of canning in the 1960s and 1970s because of the back-to-the-land movement, which was in reaction to the post-war consumerist culture. Today there is once again an increased interest in Mason jars. With the awareness of the economic and environmental costs of the cross-country transportation of foods, locally grown foods have become a focus, and canning has been an extension of that. Mason jars have also become more popular for another reason—because some see them as being trendy. They are now found holding fancy cocktails at upscale bars and have even been used to hold Slurpees at 7-Eleven.

Celebrate the day by using Mason jars! The best way to use them may be to do some canning. Although it may not be peak canning season, you still should be able to find something to can, and there are many canning recipes available online to try. Maybe you can even find a canning recipe in an old family cookbook that dates back to the days when canning was at its peak! Are you looking for something new to collect? Maybe you can use this day to get started on becoming a Mason jar collector. You could also use a Mason jar as a vase, or as a holding implement for pens and pencils. The possibilities for Mason jar ideas are limitless. If nothing else, use a Mason jar as a drinking glass for the day. 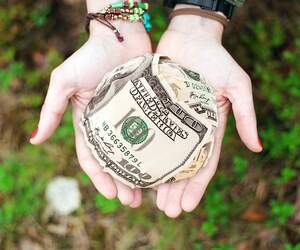 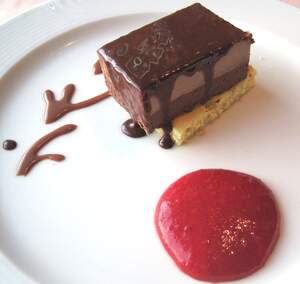