The Day the Music Died

So go the lyrics to the first verse of Don McLean's 1971 folk rock song "American Pie," which went to #1 on Billboard's Hot 100 the following year. What was this music that made him smile, when was this February day that made him shiver, and what did he mean by "the day the music died?" McLean is singing of rock and roll musicians Buddy Holly, J.P. Richardson (known professionally as the Big Bopper), and Ritchie Valens, who died in a plane crash in the early hours of February 3, 1959. On The Day the Music Died, we remember their passing and honor their legacy.

The three musicians were taking part in the Winter Dance Party, a grueling 24 date tour of the Midwest in January and February of 1959, which had at least one show every night, if not two. Holly's band consisted of Tommy Allsup and Waylon Jennings. Dion and the Belmonts were also on the tour, as was Frankie Sardo.

After driving about 375 miles by bus after playing at the Riverside Ballroom in Green Bay, Wisconsin, on February 1, the tour made it to the Surf Ballroom in Clear Lake, Iowa. That evening, February 2, was the eleventh night of the tour. There were two shows that night; they both sold out and 1,100 fans attended. The second show ended around midnight.

The next stop was in Moorhead, Minnesota, which coincidentally happened to be almost the same distance that had been between Green Bay and Clear Lake. The tour bus had had some mechanical problems and had broken down once already. Holly didn't want to spend another long night on it. He chartered a plane from Dwyer Flying Service for himself and his band, so they could get to Moorhead quicker. The plane was scheduled to land in Fargo, North Dakota, just a few miles west of Moorhead. J.P. Richardson was sick and was able to convince Waylon Jennings to give him his seat, and Ritchie Valens ended up getting a spot on the plane as well after he won a coin toss against Tommy Allsup. The plane's pilot was Roger Peterson. At twenty-one, he was quite young, but he already had four years of flying experience.

Fans asked for autographs and waved goodbye as the musicians boarded the Beechcraft Bonanza plane at the Mason City airport, about 3.5 miles from the Surf Ballroom. It was about 12:30 am on the morning of February 3. According to Waylon Jennings' autobiography, Holly had said, "I hope your damned bus freezes up again," to which Waylon replied, "Well, I hope your 'ol plane crashes."

The pilot was not aware that a weather advisory had been issued. A few minutes after takeoff, at just after 1:00 am, the plane crashed at a speed estimated to be at 170 miles per hour. All four passengers died. Peterson's body stayed in the aircraft, while the bodies of the three musicians were thrown from it, and were strewn across a cornfield in the snow. Their lifeless bodies were not found until the morning.

The crash was attributed to pilot error and bad weather. According to one theory, Peterson flew into a blizzard and then flew down instead of up in an attempt to get out of it. The story of the crash was in newspapers across the country, including the newspapers that Don McLean delivered as a paperboy. Remarkably, the tour continued without most of its stars. Waylon Jennings and Tommy Allsup continued playing Holly's songs, with Jennings on vocals. Frankie Avalon was added to the tour.

Holly's pregnant wife, Maria, found out about the deaths by watching television. She soon miscarried her child and attributed the loss to the trauma she experienced after Holly's death. Richardson's wife was also pregnant at the time, and shortly thereafter gave birth to Jay Perry, who went on to pay tribute to his father in his career by touring as The Big Bopper Jr., before passing away in 2013.

Buddy Holly, born in Lubbock, Texas, as Charles Hardin Holley, had been the biggest star of the three and was 22 when he died. He started playing country music as a teenager but then switched to rock and roll. Still, his rock and roll sound was a mix of country, R&B, and rockabilly. He was known for using a "hiccup" type of vocal to change octaves.

In 1955, Buddy Holly opened up for Elvis Presley three times. Holly's band, the Crickets, recorded many songs with him (the Crickets consisted of different musicians than were on the Winter Dance Party tour), many of which Holly wrote or had a hand in writing. Holly's professional recording career lasted about two years. Some of his biggest hits were "Peggy Sue," "Everyday," "Oh, Boy!" "Not Fade Away," "Maybe Baby," and "That'll Be the Day," which was his only #1 hit and included the now eerie lyrics, " 'Cause that'll be the day when I die." His influence was wide: the Beatles and Bob Dylan were inspired by him, and the Rolling Stones' first U.S. single was a cover of "Not Fade Away."

Jiles Perry (J.P.) Richardson had been a disc jockey in Texas before he started writing songs and performing as The Big Bopper. He had developed the character of The Big Bopper as his radio persona, and brought it to the stage. His biggest hit was "Chantilly Lace." He was 28 when he died. Ritchie Valens, born Richard Valenzuela on the outskirts of Los Angeles, was just 17 when he died, at a time when his career was just beginning. His three main hits were "Come On, Let's Go," "La Bamba," and "Donna," the last of which went to #2 on Billboard's Hot 100.

Over the years, musicians have paid tribute to Buddy Holly, films have been made about those who died, and pilgrimages have been taken to the Surf Ballroom and to the cornfield where the plane went down. "Three Stars" was one of the first tribute songs recorded. Waylon Jennings paid tribute to his old bandmate by recording a medley of Holly's hits on his album I've Always Been Crazy, and of course, Don McLean paid tribute to Holly in "American Pie," the song that gave today's holiday its name. The Buddy Holly Story, starring Gary Busey as Buddy Holly, was released in 1978, and La Bamba, which focused on Valens' life, was released in 1987. Events continue to be held at the Surf Ballroom on the anniversary of the musicians' deaths, and markers stand at the spot where the plane went down, including an oversized replica of Holly's iconic eyeglasses.

How to Observe The Day the Music Died

There are many ways that you could honor the legacy of Buddy Holly, J.P. Richardson, and Ritchie Valens, and celebrate their music and lives: 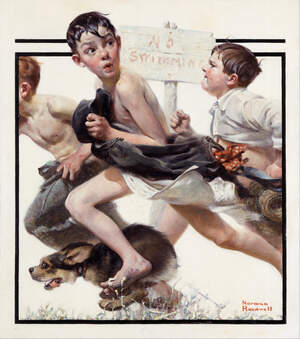 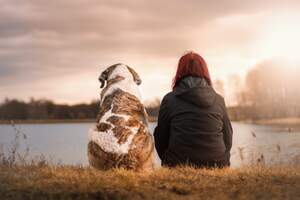 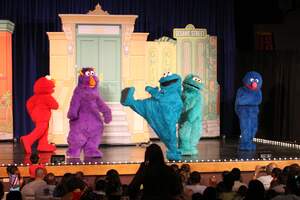