Multiple surveys have shown pepperoni to be the favorite pizza topping of Americans, and over a third of the pizzas in the country are topped with it. So it comes as no surprise that there is a National Pepperoni Pizza Day.

Pepperoni takes its name from "peperoni"—with one "p"—an Italian name for a pepper. In Italy, what Americans call pepperoni is known as "salame piccante"—spicy salami. Pepperoni is a dried sausage made of a mixture of pork, beef, and spices, often including peppers. The name pepperoni began being used following World War I, primarily in Italian-American communities. At this time, pepperoni was primarily used as an appetizer, eaten on cured meat plates.

Pizza began becoming popular in America after World War II, and the first evidence of pepperoni on pizza dates to 1950. It gained in popularity at the same time that chain pizza restaurants were proliferating—Pizza Hut opened in 1958 and Dominoes opened in 1960. Pepperoni was easy to supply and transport long distances, and could easily be mass produced. It does not need to hang as long as many other types of meat: it may be ready in one to three weeks, while other meats, such as capicola, may take months to be ready, making them impractical for pizza.

Pizza itself has a long history. Pie-shaped flatbreads with toppings were first eaten in Naples in the late eighteenth and early nineteenth centuries. At the time, this coastal city was not part of Italy, but its own kingdom. The working poor, or lazzaroni, lived outside or in small homes, and needed cheap food. Pizza consisted of flatbread with toppings such as tomatoes, garlic, cheese, oil, or anchovies, and it was sold by street vendors and informal restaurants, and eaten for any meal. Pizza didn't end up becoming popular in the rest of Italy until the 1940s.

It was in the United States, where Neapolitans immigrated to, that pizza gained in popularity. The first pizzeria in the United States was Lombardi's, which was started in New York City in 1905. Lombardi's is still in business, and although it is in a new location, the original oven is still in use. Neapolitans brought pizza to many other cities, including Trenton, New Haven, St. Louis, Chicago, and Boston. Pizza became popular all over the country, especially following World War II. Many styles of crusts and different toppings became popular in different regions. Eventually, pizza made its way back to Italy, as well as to other parts of the world.

Celebrate the day by eating pepperoni pizza! Eat it at a pizzeria, perhaps at a place that has one of the best pepperoni pizzas in the country. Some local and chain pizzerias offer deals on the day, so keep an eye out. You could also make a frozen pepperoni pizza at home, or make a homemade pizza. 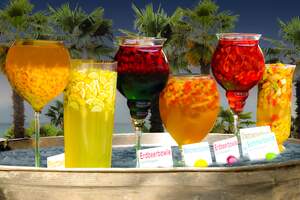 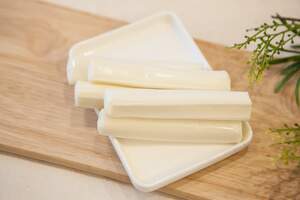