It is the dead of winter in the Northern Hemisphere, meaning it is also the perfect time to warm up with a bowl of chili, and we do so today on National Chili Day! The holiday can be celebrated in the comfort of one's home, but if one ventures outside, they are sure to find chili specials at restaurants and events like chili cook-offs being held. They also are likely to find themselves smack dab in the middle of the never-ending debate as to what chili consists of. Does it have beans or not? How about noodles? With so many varieties of chili, there is plenty to celebrate today!

Purists call chili "chili con carne" and make it with beef and chili peppers. But there are many chili variations throughout the United States, which tend to differ depending on geography. In Texas, using shredded or cubed beef is the norm, while ground beef is more common in the rest of the country. Other meats, like venison, lamb, and pork can be used in place of beef. Onions, tomatoes, and peppers are often added to chili, as are beans, which more often than not are red kidney beans. Although Texas purists are against the addition of beans, many in Texas serve chili with beans, and it can be found around the country with them. In New Mexico, chili is often made without meat, but with chili peppers and vegetables, and is similar to a stew, is known as "green chile stew" or "chili verde." Chili is usually eaten in a bowl, but it can be served on top of a burger, which is known as chili size, or be placed on top of a hot dog, which is known as a chili dog.

There are a few stories as to how chili got its start, but all point to it originating in Texas. One story says that a group of settlers arrived in San Antonio from the Canary Islands as early as 1723 and made a dish reminiscent of chili with peppers, wild onions, and meat. But there is a broader consensus that chili was first described by J.C. Clopper, who wrote in 1828 about meat and peppers being stewed together by the poor of San Antonio, where he had recently visited. The word "chili" was not yet used to describe the food at the time, and was possibly first mentioned in 1857, in the book Chile Con Carne, Or, The Camp and the Field.

By the 1880s, chili stands were set up in San Antonio. Bowls of chili, which came with bread and a glass of water, were referred to as "bowls o'red" and sold by women called "chili queens." People of note like writer O. Henry and presidential candidate William Jennings Bryan partook in the dish, and Stephen Crane mentioned the chili in his writing after visiting one of the stands. In 1893, the World's Columbian Exposition in Chicago had a "San Antonio Chili Stand," which brought chili to a national audience. There were chili "joints" or "parlors" around Texas by the turn of the century, and they spread around the West by the 1920s. They were often small with just a counter and a few stools. Chili powder was created by a German immigrant in New Braunfels, Texas, in 1902, which helped the dish gain in popularity in Texas and beyond.

Chili has remained most prominent in the Lone Star State, where it is still regularly called "a bowl of red." President Lyndon Johnson, a Texas native, was a chili devotee, saying of it, "Chili concocted outside of Texas is usually a weak, apologetic imitation of the real thing. One of the first things I do when I get home to Texas is to have a bowl of red. There is simply nothing better." His favorite chili recipe was named Pedernales River chili, after the river his ranch was located on. Thousands of requests came into the White House for the recipe, so Lady Bird Johnson had it printed on cards to be mailed out. In 1977, Texas declared chili their official state food, "in recognition of the fact that the only real 'bowl of red' is that prepared by Texans."

Chili cook-offs were first held in Texas, likely in the 1950s, and then spread nationally and around the world. The largest has taken place in Terlingua, Texas, since 1967, and is sponsored by the Chili Appreciation Society International. Chili cooks come from all over the world for the event, which is held on the first Saturday in November. Another group, the International Chili Society, organizes about 150 to 200 chili cook-offs each year. Most are in the United States, but some are held in Canada and Europe.

How to Observe National Chili Day

Celebrate the day by making and eating chili! There are many recipes you could make and many types of chili you could try. Check for chili specials at restaurants—perhaps you could even have chili at one of the best chili restaurants in America. Another idea could be to host a chili cook-off or make plans to attend an upcoming chili cook-off. You could check with the International Chili Society for more cook-off information, and if you are a chili cook, you could join their organization. 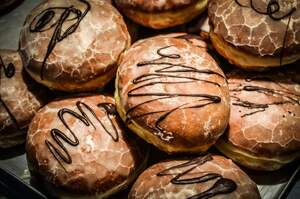 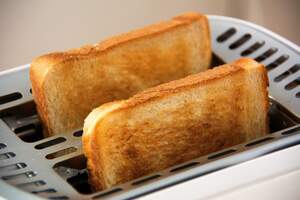 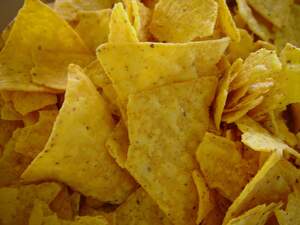