In the 1940s, George Lerner of Brooklyn came up with the idea for a "funny face man," a character that would be made by putting pronged body and face parts into a fruit or vegetable. The idea may have come from his nephew Aaron Bradley, who he saw sticking sticks into potatoes while in a garden. Lerner received a lukewarm reception when he pitched the concept to toy companies, in part because it was less than a decade after the end of World War II, and food rationing was still a recent memory. It looked wasteful, and companies ultimately rejected the idea.

Lerner eventually convinced a company to add plastic facial parts to cereal boxes as prizes and sold his idea to them for $5,000. Shortly thereafter, in 1951, he showed his idea to Henry and Merrill Hassenfeld, who had a toy and school supply business called Hassenfeld Brothers (now known as Hasbro). They decided to buy the rights from the cereal company—they gave them $5,000 for the rights and an additional $2,000 for them to stop production. In addition, they offered Lerner a $500 advance and a 5% royalty on each kit sold. It was given the name Mr. Potato Head.

On April 30, 1952, Mr. Potato Head became the first toy advertised on television. Its advertisement was also the first television advertisement aimed at children and not parents. It was a transformative moment because it changed the way marketing was done, and children continued to be directly targeted after it. The anniversary of this date became National Mr. Potato Head Day.

Mr. Potato Head debuted the following day, at a cost of $0.98. There was no plastic potato included, and a real potato had to be used. A potato was the ideal choice for a toy that needed some sort of fruit or vegetable to complete it: they were readily available at all times of the year and relatively cheap. Although one had to supply their own potato, the kits did include four noses, three hats, two pairs of eyes, two mouths, ears, feet, hands, three hats, a pipe, eyeglasses, and eight pieces of felt to be used for facial hair. It wasn't long before a form was included with the kit for the purchase of 50 additional pieces.

Hasbro made $4 million in a matter of months from the toy. Being that it was the first toy advertised on television, it didn't have to compete with anyone at first. Over one million Mr. Potato Head kits were sold in the first year. Mrs. Potato Head was added the following year, and not long after that Brother Spud and Sister Yam made their debut. Soon came a car and boat trailer, as well as pets called Spud-ettes.

Government regulations of the 1960s dictated that parts had to be less sharp, which made them less easy to puncture into potatoes. In response, a plastic potato began being included in the toy kit in 1964. Additional safety regulations came in the 1970s, precipitating the doubling of the size of the potato in 1975, as well as an increase in the size of the accessories. This turned out to expand the age range who could enjoy Mr. Potato Head, bringing him to younger children.

Mr. Potato Head has continued to be present in American culture. In 1987 he became "Spokespud" for the Great American Smokeout and gave up his pipe to Surgeon General C. Everett Koop. In 1995, he made his Hollywood debut by appearing in Toy Story, and has appeared in the subsequent films of the series. In 2000, he was inducted into the National Toy Hall of Fame. Now well into the twentieth century, there is no sign of Mr. Potato Head going away any time soon.

Celebrate the day by playing with a Mr. Potato Head! Take out the one you had as a child, or pick up a new one. You could also watch one or more of the Toy Story movies, or a television show such as Potato Head Kids or The Mr. Potato Head Show. If you are in the mood for some travel, visit the Classic Toy Museum or the National Toy Hall of Fame. Being that the holiday takes place on April 30th and not May 1st, some of its focus may be on the impact that Mr. Potato Head had on television advertising. To celebrate, you could watch an early Mr. Potato Head TV advertisement, as well as other old toy commercials. 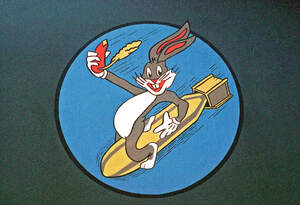 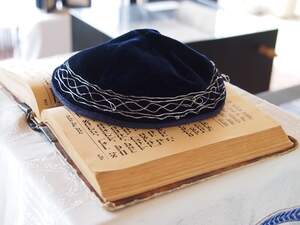