National Keto Day was started by The Vitamin Shoppe, a nutritional products retailer, as "an annual observance of the popular high-fat, low carb ketogenic (keto) diet that has been shown to offer a number of health benefits, including weight loss, blood sugar maintenance, and cognitive support." Additionally, it was established "to celebrate the ever-growing keto community and help demystify the diet for potential newbies." It takes place early in the year, at a time when people are looking for ways to achieve their health and wellness goals for the upcoming year.

The day is celebrated in Vitamin Shoppe stores and on social media. Followers of The Vitamin Shoppe's Instagram, Facebook, and Twitter pages receive tips, recipes, and nutritional information related to keto on the day. Participants in the day take photos of themselves with their favorite keto foods or supplements and post them to Instagram using the hashtag #NationalKetoDay. During the first year's celebration, in 2019, The Vitamin Shoppe donated $5 for every post made with the hashtag, to Blessings in a Backpack, an organization that provides food to hungry elementary school children on the weekends. They set the limit at $25,000, and they met their goal.

The ketogenic diet, known as the keto diet for short, is rich in fat and protein. Most American diets contain about 50% carbohydrates, and with keto, the carbs are replaced with fat. The diet is centered around meat, fish, eggs, cheese, healthy oils, butter, nuts, seeds, and low-carb vegetables that are either fibrous or high in fat like avocados. For most, the diet is difficult to stick with long-term, and many people who try it eat too much protein and not enough fat, and the fat they do eat is of poor quality. The diet—or something similar to it—dates back almost 100 years, to when it was used to treat epilepsy, particularly in children. In the 1970s, Dr. Atkins popularized a low-carb diet, and followers started it with a two-week keto diet. Fad and low-carb diets since then have incorporated elements of the keto diet.

Most cells in the body get their energy from blood sugar that comes from carbohydrates. When blood sugar isn't circulating, the body starts to break down stored fat instead. This can be found in molecules called ketone bodies, and the process where ketone bodies are released into the bloodstream and burned for energy is a metabolic state called ketosis. Depending on the person, this process usually starts after two to four days of eating less than 20 to 50 grams of carbohydrates per day.

There are multiple positive benefits to the diet. It has shown to reduce epilepsy and seizures, particularly with children. This has led people to speculate about its potential to effectively treat other brain disorders. Not much research has been done in this area, but some evidence suggests that it may reduce symptoms of Alzheimer's and slow its progression.

Most people use the diet for weight loss, which research shows it is effective in doing quickly. It is more effective than a low-fat diet. For example, one study showed 2.2 times more weight loss with the keto diet than with a low-fat diet. The diet improves blood sugar and insulin levels in those with type 2 diabetes, at least in the short term. Although cholesterol levels may first rise with the diet, they drop after a few months. However, there isn't any information about the long-term effects of the diet on diabetes and high cholesterol. Being that it can decrease body fat and may reduce high cholesterol, the diet may help reduce the risk of heart disease. Some information shows that it may be beneficial in fighting cancer as well.

The ketogenic diet is filling and calories usually don't need to be counted, nor does food intake need to be tracked. Some supplements may be helpful with the diet, such as MCT oil, minerals (such as salt), and exogenous ketones. The body may experience some immediate negative reactions when switching to the diet. Known as keto flu, symptoms may include tiredness, nausea, vomiting, constipation, sleep problems, and bad breath. But on National Keto Day, we focus on the longer-term positive effects of the diet such as weight loss and lowered blood sugar.

How to Observe National Keto Day 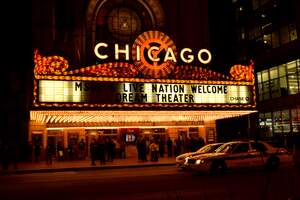 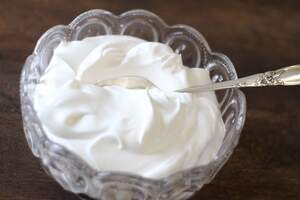