Bread and butter, wine and cheese, bacon and eggs—these foods go so well together that it's often hard to think of them apart. But there is one culinary pair that may rise above them all: chips and dip! This snack food and party favorite can be found in so many combinations—there are many types of chips and even more kinds of dip. On National Chip and Dip Day, we celebrate and eat as many varieties of chips and dip as our hearts desire.

Some of the most common types of chips are potato, tortilla, and corn. Some other types of chips include apple, banana, bean, pita, tapioca, and vegetable. Common dips include guacamole, hummus, sour cream and onion, artichoke, spinach, and crab, to name a few. Salsa may even be considered to be a dip.

Dips are different from sauces in that they are not put on food, but food is put—or dipped—into them. Hummus and olive oil, which originated in the Mediterranean Sea region and the Middle East, were some of the first dips. Hummus was first made during the time of the Crusades and was scooped up with flatbread at the time. It is made of a combination of chickpea paste, sesame seed paste, olive oil, lemon juice, and spices.

Although dips had existed for centuries, it wasn't until the decade following World War II that they came to prominence in the United States. One reason for the change was on account of an advertising campaign—consisting of television ads and supermarket displays—by the Lipton Company, which followed the release of their instant dehydrated onion soup mix in 1954 and the subsequent use of it in the creation of French onion dip. Sometimes called "California dip," the dip was made with the soup mix and sour cream and became a favorite for dipping potato chips. Similar dips followed after the success of the campaign for Lipton French onion dip.

A second reason for the increased popularity of dips was that the way people entertained shifted as many moved to the suburbs in the 1950s. Chips and dip were also a simple food to prepare, much more so than the finger sandwiches that had previously been the preferred food at parties. Special serving dishes that were made to hold chips and dip were created at this time as well. Dipping platters and servers made to look like hollowed-out bread and fruits were common. In recent decades, chips and dip have become more associated with Super Bowl parties than any other kind.

The demand for Mexican food—which included dips—was also on the rise during the Postwar years. Seven-layer dip, guacamole, and Chile Con Queso—melted cheese and chili peppers with tomatoes and sometimes meat—rose in popularity at the time. Chips and salsa gained in popularity in the 1980s, and bean dip is also commonly eaten with chips today. Some other dips with roots in other cultures took hold in the United States during the Postwar years. From Provence in France came tapenade, which is made with capers, anchovies, cured black olives, olive oil, lemon, garlic, and cognac; baba ghanouj came from the Middle East, and is made from eggplant, olive oil, lemon, and garlic; and bagna càuda came from the Piedmont region of Italy, and is made of butter, olive oil, garlic, and anchovies.

With such a wide variety of chips and dips, everyone should be able to find a reason to celebrate today. It is unknown who started the celebration, but it has been embraced by companies associated with the industry. In 2015, for example, Tostitos, which produces tortilla chips and dips that go with them, gave out coupons for a free dip for customers who had the name "Chip." No matter if your name is Chip or not, there is plenty to celebrate and enjoy today!

How to Observe National Chip and Dip Day

Celebrate the day by eating chips and dip! You could do so alone, but sharing the experience with others might make the day even better! The best way to do this may be to host a party. You could provide all the chips and dips yourself, or could have everyone bring dips or both chips and dips. You could have your guests bring whatever dip they wish, could require them to bring a homemade dip, or could even send everyone a different recipe to make. If everyone makes a dip of their choosing, you could have them exchange their recipes with each other at the party. Perhaps you could even pick up a new chip and dip set for the day.

There are so many types of chips and dips you could try. If you aren't hosting a party, perhaps you could eat them at one of your favorite restaurants or at one of the best locations for dip in your state. You could buy dips at a store, but it may be even better to make them. Here are some recipes you could try: 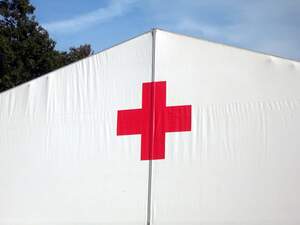 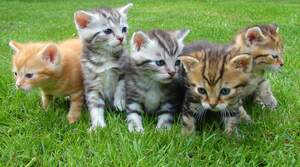 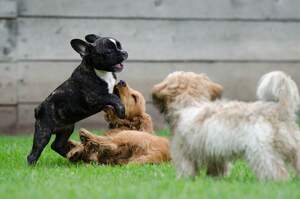