World UFO Day is dedicated to the existence of unidentified flying objects. First celebrated in 2001, it was created by the World UFO Day Organization. The day is often celebrated on June 24 and July 2, although The World UFO Day Organization declared July 2 to be the official day. June 24 marks the anniversary of one of the first UFO sightings in the United States, when Kenneth Arnold reported seeing nine high-speed crescent-shaped objects near Mt. Rainier in Washington, in 1947. July 2 marks the anniversary of the Roswell UFO incident, which also happened in 1947.

The creators of the day claim the day exists to "raise awareness about the undoubted existence of UFO's and with that intelligent beings from outer space" and that the day exists to "encourage governments to unclassify their knowledge about sightings throughout the history"—as they believe that the US government has exclusive information about UFOs. The creators also said, "the most important thing is that people collectively open their minds to the subject for one day and send out the message mentally that UFOs are welcome on this earth." On a less serious note, the day is for talking with friends about UFOs, watching movies about UFOs, attending conferences about UFOs, having parties with UFO themes, and gazing up into the sky looking for UFOs.

Objects flying in the sky are generally from Earth and can be explained by science. UFOs—a name coined by the US Air Force in 1953—are objects that can be seen in the sky but haven't been identified. They are usually later identified as being man-made or of being caused by a natural phenomenon such as the weather. In the 1940s and '50s, these UFOs were often also called flying saucers or discs. This was also the time of the Cold War, and there was a focus on national security as new aircraft and missiles were being tested at the time. These new flying objects had to be identified and logged.

In 1948, the US Air Force began investigating reports of UFOs with a group called Project Sign. Most in the group believed UFOs were Soviet aircraft, but some did think they were spacecraft from other planets. Project Sign became Project Grudge, and then in 1952, it became Project Blue Book. It lasted until 1969 and collected information on 12,000 sightings and events. About six percent of these were never solved or identified as being caused by a specific phenomenon.

During this time, reports of sightings were at an all-time high, and the U.S. government also assembled a panel of scientists, headed by H.P. Robertson. They met for three days in 1953, and interviewed military officers and the head of Project Blue Book, and reviewed film and photographs of UFOs. Their results said what had been seen could mostly be attributed to astronomical and meteorological phenomena or earthly objects, and there wasn't a security threat or evidence of life from other planets. Not all the results of the panel were released until 1979, so some thought there was a cover-up.

Another committee was set up in 1966 to review Project Blue Book information. It made a detailed study of 59 UFO sightings. It was called the Condon Report, being named after Edward E. Condon, the physicist at the head of the investigation. This panel came up with similar results as H.P. Robertson's panel.

Some scientists questioned some of the results of the findings over the years and weren't convinced that extraterrestrial life didn't exist. J. Allen Hynek was one of them. He founded the Center for UFO Studies. It is because of the beliefs of his group and similar groups that we have a day dedicated to UFOs today.

How to Observe World UFO Day

Celebrate the day by getting friends together and looking up at the sky to try to see UFOs. You could also watch alien and UFO-themed movies, watch documentaries about UFOs, or look at photos of UFOs. Check to see if there are any events in your community that are taking place. If you are up for traveling, try to find some UFOs at places where people have claimed to see them in the past. 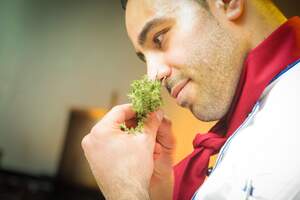 Celebration of the Senses 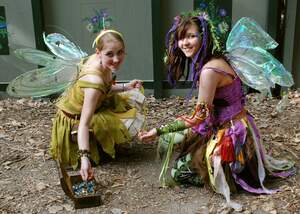