Invite an Alien to Live with You Day

Invite an Alien to Live with You Day celebrates Mork & Mindy, a television show that starred Pam Dawber as Mindy and Robin Williams as Mork, an alien from the planet Ork whom Mindy invited to live with her. The day takes place on Robin Williams' birthday, so he is celebrated as well.

During Mork & Mindy's four year run, 55 to 60 million people tuned in each week to watch it. The show got its start after Happy Days producer Garry Marshall's eight-year-old son, who had recently seen Star Wars, suggested a spaceman be on that show. Happy Days director Jerry Paris remembered an episode of the Dick Van Dyke Show he had directed called "It May Look Like a Walnut," which featured Danny Thomas as an alien, and used it as inspiration for the Happy Days episode, "My Favorite Orkan."

"My Favorite Orkan" aired on February 28, 1978, and helped launch Robin Williams' career. Garry Marshall came across Williams because one of Marshall's sisters saw him in an acting class that another sister, Penny, was taking (Somewhat ironically, Penny played Laverne on Laverne & Shirley, a show with connections to both Happy Days and Mork & Mindy). When Marshall auditioned Williams for the role, Williams sat upside down in his chair. Marshall said he gave Williams the part because "he was the only alien to audition." Following the success of the Happy Days episode, Mork & Mindy became its own show, premiering on September 14, 1978. The frenetic and mischievous Mork became a hit, and Williams became a star.

Robin Williams was born on July 21, 1951. He became known for his quick, improvisational performance style, and for his range of acting abilities, from comedic to dramatic. He went to Juilliard in New York City, and got his start in stand-up, working in San Francisco and Los Angeles. Although he appeared on The Richard Pryor Show and Laugh-In (the late-1970s revival), it wasn't until he became Mork that he became widely known.

His first big film role was in Popeye in 1980. Over the years he starred in both dramatic and comedic roles, and in films aimed at both children and adults. Some of his biggest roles were in The World According to Garp, Moscow on the Hudson, Dead Poets Society, The Fisher King, Hook, Aladdin, Mrs. Doubtfire, Jumanji, Flubber, The Birdcage, Good Will Hunting, the three Night at the Museum films, and Good Morning, Vietnam. He was nominated for Best Actor for Dead Poets Society, The Fisher King, and Good Morning, Vietnam, and won the Best Supporting Actor Academy Award for his role in Good Will Hunting.

With all the joy Williams brought to people over the years, his life was not without troubles. He struggled off and on with addiction for many years. Even at the time of Mork & Mindy he was dealing with drug and alcohol problems. He was divorced twice and underwent heart surgery in 2009. Tragically, Robin Williams took his own life on August 11, 2014. He was dealing with depression and anxiety at the time but had no illegal drugs or alcohol in his system. Some prescription drugs were evident, but not in high doses. He had recently been diagnosed with Parkinson's disease and had Lewy body dementia, a progressive dementia that people with Parkinson's often get that brings on anxiety and depression, among other symptoms.

How to Observe Invite an Alien to Live with You Day

Celebrate the day by putting on some rainbow suspenders and dressing up like Mork. You could then watch the Happy Days episode "My Favorite Orkan," before proceeding to watch as much of Mork & Mindy as you can. You could also watch one of Williams' many films or some of his stand-up, such as Weapons of Self Destruction. To learn more about Robin Williams' life, read Robin by Dave Itzkoff, or watch Robin Williams: Come Inside My Mind. If you are feeling up for an adventure, transport yourself to the house where Mork and Mindy lived. Finally, if you know any aliens, you could always invite them to live with you, just like Mindy did. 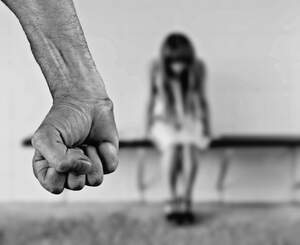 National Be Someone Day 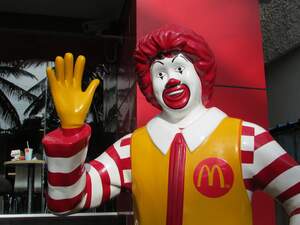