International Respect for Chickens Day exists "to celebrate chickens throughout the world and protest the bleakness of their lives in farming operations." On the day, actions are to be done "to highlight the life and suffering of chickens and encourage compassion for them." The day was started by the United Poultry Concerns in 2005. Karen Davis, the founder of the group, believes that chickens should be returned to an outside environment and that they shouldn't be eaten. The idea for the day stemmed from Harry Shearer—the host of Le Show and Simpsons voice contributor—who had proclaimed May 14, 2000, as National Respect the Chicken Day. It was Mother's Day, and he wanted to point out that hens are symbols of devoted motherhood.

Chickens are likely domesticated more than any other fowl and are raised for both their meat and eggs. First domesticated in India and Southeast Asia, they were used in cockfights and for religious reasons, not for food. They began appearing on farms a few thousand years ago, but it wasn't until the early twentieth century that they began being viewed differently, and eggs and meat became mass-produced commodities. High-volume poultry farms began appearing in Britain around 1920 and in America following World War II.

Hens and pullets are raised for meat and eggs. At first, eggs were the main focus, and only hens that couldn't produce any more eggs were killed for food; now female chickens of any age are killed for meat. Males are used for breeding, but some young males—cockerels—are castrated (often chemically) and used for food; they are then known as capons. In the mid-twentieth century, meat surpassed eggs as the primary use of chickens. The meat industry has since continued to grow. Chicken meat is often used as pet food as well as for human consumption.

Chickens themselves are omnivores; they eat seeds, but also eat insects, lizards, and mice. When food is present, roosters may do some tidbitting: they make food calls and move their heads up and down while picking up and dropping pieces of the food. Research has shown that hens prefer roosters who do tidbitting more often. Groups of chickens create a social hierarchy. There is usually a dominant male, a few less-dominant males, and a few females. A pecking order is formed, and higher-ranking males may strike out against lower-ranking males, literally pecking them with their beaks. There is a pecking order with females as well.

Hens may mate with many different roosters. Interestingly, they may eject sperm and are more likely to do so if the rooster is lower on the pecking order. Chickens breed in the spring and summer months when the longer daylight hours stimulate egg-laying. Artificial lighting in chicken coops can influence hens to lay eggs year-round. The time between ovulation and egg-laying is between 23 and 26 hours, and chickens can ovulate an hour after laying an egg. So, it is possible for some hens to lay about 300 eggs a year. Chicks hatch about 21 days after eggs are laid. Free-range chickens may live up to six to eight years, while most chickens in the poultry industry only live two to three years—they lay eggs for a few years and are then slaughtered. The longest a chicken may live is about 30 years.

How to Observe International Respect for Chickens Day

Some other ideas on how to celebrate the day could include: 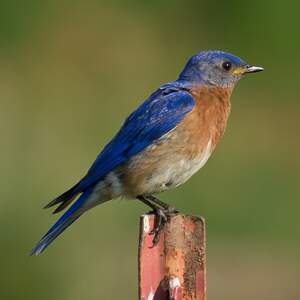 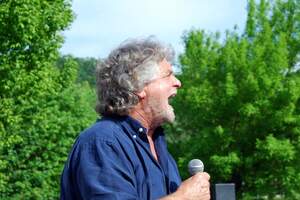 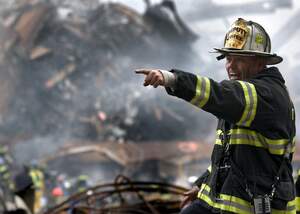