On April 9, 1731, the Spanish coast guard boarded the English brig, the Rebecca, while it was near Havana. It had come from Jamaica with sugar and was on its way to England. While on board, the ear of Captain Robert Jenkins was cut off. Some accounts say that Juan de Leon Fandino, the Spanish captain, tied Jenkins to the mast and tortured him. At some point, someone tried to cut Jenkins' ear off. Apparently, they weren't successful in completely removing it, and a Spanish sailor grabbed it and tore it off. He reportedly gave it to Jenkins, and told him to give it to the king of England, and to tell the king that he would lose his ear as well.

The story had a small amount of initial publicity but soon subsided. It was revived in March 1738, at a time when British nationalists were drumming up support for war with Spain. Some accounts suggest that Jenkins brought the ear to the House of Commons, possibly wrapped in cotton wool, or pickled in a jar. Some research says he either did not bring the ear or did not appear before Parliament at all. Nonetheless, his story was part of the impetus for war; it built support and momentum for it.

There were much larger issues as to why the war actually started. In 1713, the Treaty of Utrecht gave British a 30-year asiento contract with Spain, allowing an unlimited number of slaves to be transported to the Spanish colonies from Britain. The asiento contract was about to end, and it didn't look like it would be renewed. Some in Britain thought a war would change that. The contract also had stipulated that 500 tons of goods a year could also be brought to Spanish America along with the slaves. Over the years this had led to a great number of goods being smuggled to the Spanish colonies. In response to this, the 1729 Treaty of Seville was signed, giving Spain the right to search English vessels and take anything that was being transported illegally. This is what had set the stage for the Jenkins ear incident, and the Spanish coast guard was known for its ruthlessness in monitoring illegal British trading activities. This issue as a whole was one of the other main causes of the war. In addition, some British merchant ships had been sunk by the Spanish.

On October 19, 1739, Britain declared war on Spain. It was eventually known as the War of Jenkins' Ear, although the name was not ascribed to it until years later when it was coined by Thomas Carlyle in 1858. The war lasted until 1748, although most major operations ended by 1742. Aafter that year the war became part of the larger War of Austrian Succession, which involved most European powers. Britain's anticipated large victory over Spain didn't come about, and not much was gained for the English in pursuing the war. The War of Austrian Succession, and thus the War of Jenkins' Ear, was ended with the Treaty of Aix-la-Chapelle. In 1750, the Treaty of Madrid finally settled the issue of the asiento contract—Britain gave up the contract for the sum of £100,000.

How to Observe Jenkins' Ear Day

Celebrate the day by learning more about naval warfare and cropping—the cutting off of human ears as punishment. Spend the day being thankful for your ears by listening to your favorite music, calling someone on the phone, or getting your ears pierced. You could also share the story of Jenkins' ear with anyone who cares to listen. 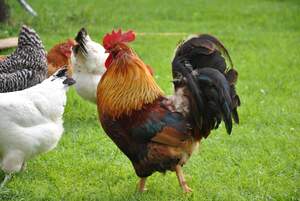