Iwo Jima Day marks the anniversary of the date in February 1945 when the Battle of Iwo Jima began, with the invasion of Iwo Jima island by the United States Armed Forces. The day is officially observed in Massachusetts and unofficially marked across the United States. Some of the bloodiest fighting of the Pacific Theater of World War II took place at Iwo Jima.

The Battle of Iwo Jima lasted five weeks, with the United States capturing the island at its conclusion. Although it was believed from the start that the United States would win, it was thought that the battle would last days, or maybe a week, but not five weeks. The United States had larger numbers of people and arms, as well as air supremacy, and Japan couldn't retreat or be reinforced. About 70,000 Marines fought in the battle, compared to 21,000 Japanese forces. What was not known by the United States at first was the extent that Japan had built up their defenses, consisting of fortifications in the mountains, camouflaged artillery, and underground tunnels.

The United States decided to wage a battle at Iwo Jima because they thought that if it was captured it could be used as a staging area in order to invade mainland Japan, which was just 750 miles away. In particular, the island had three airfields that would be of great use. Prior to the battle, Iwo Jima had been important to Japan for a few reasons. It had been an air base for fighter planes and had been used as a staging area to attack the Mariana Islands in late 1944 and early 1945. Naval units had also been stationed at the island. Japanese General Tadamichi Kuribayashi's goal during the battle was to inflict massive casualties in order to convince the United States not to invade the mainland.

The United States began dropping bombs on the island and firing at it from Navy vessels in June 1944. The subsequent invasion, codenamed Operation Detachment, was launched on the southeastern coast of the island, on February 19, 1945, by the 133rd Naval Construction Battalion (Seabees), the Fifth Marine Amphibious Corps, and the Fourth Marine Division. The Americans found the beach hard to maneuver because it was full of volcanic ash and slopes. As the Americans landed, the Japanese waited to attack, giving them the impression that the bombardment that had preceded the invasion had been effective. But after an hour of waiting, the Japanese showered the Americans with artillery from their mountain fortifications. By nightfall, the Americans had secured part of one of the airfields, but the battle would rage on.

Hidden artillery and underground tunnels, bunkers, command centers, and barracks was something much different than the beach defenses that the United States had encountered from the Japanese in past battles. After the initial invasion, it was thought that there would be banzai charges, as had been the norm in other battles, but that was not the case.

On February 23, the Marines captured Mount Suribachi, a mountain on the south side of the island. A flag was raised and photos were taken by Louis R. Lowery; these photos weren't published until 1947. Six Marines raised a second flag, and AP photographer Joe Rosenthal took a picture of them. Known as "Raising the Flag on Iwo Jima," the photo won the Pulitzer Prize for Photography in 1945.

After the capture of Mount Suribachi, the battle continued on the northern part of the island, with the Americans working to secure the other airfields and the rest of Iwo Jima. The Japanese began running low on water, food, and other supplies, and as they became more desperate, they launched some banzai charges. The final banzai attack took place on March 25. The United States declared Iwo Jima captured the following day, although Japanese "holdouts" continued to be found in the coming weeks. During that time, about 1,600 Japanese soldiers were killed, and some American casualties took place. Remarkably, two holdouts remained on the island until 1949. Of the 21,000 Japanese forces, all but about 200 died. Of the 70,000 Marines involved, about 7,000 died. Over 25,000 Marines were casualties, meaning they were either killed or wounded.

In the aftermath, the wisdom of sacrificing so much for Iwo Jima was called into question. The Army never use the island as a staging area, nor did the Navy use the island as a base for their fleet. However, the Navy Seabees did rebuild the airfields, and it was used as an emergency landing space for the Air Force, although it was not utilized much.

On the 40th anniversary of the invasion, February 19, 1985, a "Reunion of Honor" took place on the beach where the Americans had invaded. Both sides attended, with the Japanese gathering on the mountain side and Americans gathering on the beach side. A memorial was placed in the center of the meeting place. Another gathering took place on the 50th anniversary in 1995, and a gathering has been held annually since 2002. In 1954, the Marine Corps War Memorial, which honors all Marines, was dedicated near Arlington National Cemetery. It is also known as the Iwo Jima Memorial and is based on Rosenthal's Mount Suribachi photograph. As those who fought at Iwo Jima recede into the sunset of memory, just as their comrades who died on its beach and mountains did decades ago, we remember their sacrifice on this hallowed day.

How to Observe Iwo Jima Day

Without a doubt, the best way to observe the day is to be on Iwo Jima island, where Mount Suribachi could be climbed or the memorial marker and "Reunion of Honor" could be seen. Other places that could be visited on the day include the Massachusetts State House, where a ceremony takes place; the Marine Corps War Memorial; or the National World War II Museum. There are many films that would be appropriate to view today, such as Flags of Our Fathers, Letters from Iwo Jima, Sands of Iwo Jima, or The Outsider. You could watch a documentary about Iwo Jima, such as Episode 6 of The War or To the Shores of Iwo Jima. The miniseries The Pacific is another option. Finally, you could also read a book about the battle. 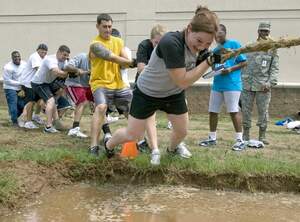 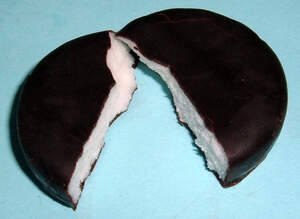 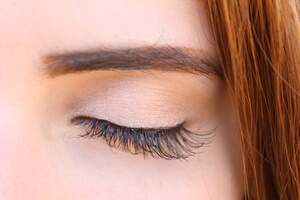