Started by Cassy Joe Garcia of Fed + Fit, National Gluten-Free Day—abbreviated as NGFD—aims to create an exciting awareness campaign for a day of gluten-free living. Although it only takes place one day a year, on the second Monday of the new year, it aspires to cause widespread lifestyle transformations that will last much longer. During its first observance, in 2014, Fed + Fit teamed up with Whole Foods and local San Antonio chef Zach Lutton of Zedric's, to host an event with a dinner, cocktails, speakers, a silent auction, and a concert, from which proceeds were given to the Farm-to-Consumer Legal Defense Fund.

Gluten is a protein found in wheat, barley, rye, and triticale that some people avoid because it causes insensitivities, or worse yet, serious health problems. The most well-known complication is celiac disease, an autoimmune disorder where gluten triggers an immune response that damages the lining of the small intestine, which eventually prevents the absorption of nutrients. Some other gluten sensitivities not related to celiac disease, where there isn't any damage to the small intestine, include bloating, constipation, diarrhea, brain fog, rash, and headache. Another complication of gluten is gluten ataxia, an autoimmune disorder that affects some nerve tissues, which causes issues with muscle control and movement. Some people also have wheat allergies, where the immune system reacts to gluten or other wheat proteins like they are a virus or bacteria and creates an antibody that may bring on symptoms of congestion and breathing difficulties.

People with any of these health issues usually choose to avoid gluten, but many without a gluten-related condition regularly also eat a gluten-free diet, as it is believed that it helps increase energy, aid in weight loss, and boost overall health, although research is still being done on this. To follow a gluten-free diet, grains that contain gluten must be avoided. Many processed foods contain gluten, and wheat gluten is regularly used as a coloring, flavoring, and binding agent. Gluten is a regular culprit in bread, cakes, pies, candies, cookies, pasta, crackers, snack foods like chips, and beer, as well as in less obvious foods like salad dressings, sauces, and lunch meat. All must be avoided.

When eating a gluten-free diet, as celebrants of National Gluten-Free Day do, not only should gluten be avoided, but substitute foods should be eaten so that the proper amount of fiber, vitamins, and other nutrients can be maintained. Some foods prevalent in a gluten-free diet are fruits and vegetables, beans, seeds, legumes, nuts, low-fat dairy, and non processed meats, fish, and poultry. Although wheat, barley, rye, and triticale must be avoided, many grains are acceptable, including amaranth, arrowroot, buckwheat, corn, flax, millet, quinoa, rice, sorghum, soy, tapioca, teff, and oats that haven't been contaminated with gluten during production.

How to Observe National Gluten-Free Day

Celebrate by eating a gluten-free diet for the day, or better yet, commit to switching to a gluten-free diet going forward. If making a permanent change, be sure to talk to a doctor or dietician about how to maintain a proper nutritional intake. You could get cooking after picking up a gluten-free cookbook or finding some gluten-free recipes online, or you could stop at a restaurant or bakery that specializes in gluten-free food. Make sure to share about the day with others and post about the day on social media! If you already abstain from gluten, today will be easy. Just keep doing what you've been doing! 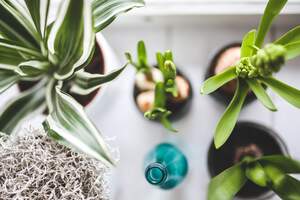 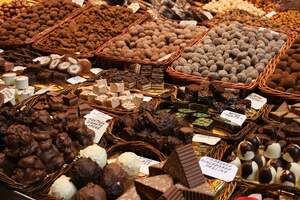 National Clean Off Your Desk Day