Greeting cards are usually sent by mail. They may either be seasonal, being given for holidays such as Christmas, Valentine's Day, Mother's Day, or Father's Day, or they may be everyday cards, such as those given for birthdays, weddings, and anniversaries. Other everyday cards express feelings such as well wishes, thank you, sympathy, affection, or congratulations. They are mass-produced by large and small companies, or can be homemade.

In ancient times, greetings were exchanged in Egypt by being inscribed on presents. By the fifteenth century, wood-engraved prints were being made for New Year's Day and Christmas, functioning similarly to greeting cards of those holidays today. Valentines, seen as precursors of greeting cards, date to the sixteenth century. When penny postage was introduced in England in 1840, the sending of valentines by mail increased. The first Christmas card was made in 1843. It was designed by John Callcott Horsley for Sir Henry Cole, who had 1,000 of them made. Sentiment cards were popular in the United States from the 1830s until the Civil War. In the 1860s, commercially produced greeting cards became widespread. Early cards were valentines, as well as visiting cards, which were similar to sentiment cards.

How to Observe Card Reading Day

Celebrate the day by reading greeting cards you may have saved over the years. Maybe you have birthday cards that were given to you while you were young, by loved ones who have since passed away. Perhaps you have saved a thank you card with an endearing message that still moves you today. Maybe you have an anniversary card or a valentine from your sweetheart that they gave you decades ago. It's possible that all these cards may be even more precious to you now than they were when you first read them! You could also celebrate by giving greeting cards to others. It's possible that if someone else is celebrating they may send you a card, and you will have a new one to read on the holiday and to add to your collection! You could even plan on exchanging a card with a friend! 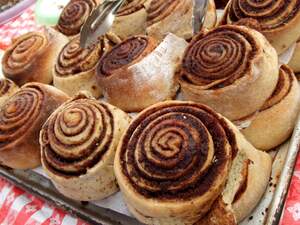